Showing posts from August, 2011
Show all

ACORN Secretly Wrote 1992 Law That Set Fannie, Freddie 'On the Road to the Mortgage Meltdown' 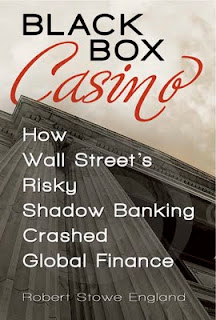 The Association of Community Organizations for Reform Now (ACORN) was a key architect of a law passed in 1992 that set Fannie Mae and Freddie Mac on the road to ruin, according to a new book by Robert Stowe England to be released September 30 by Praeger.

The book, Black Box Casino, uncovers the myriad factors that led to the financial crisis of 2008, the worst financial implosion of modern times. This story is one of many threads woven into the book's narrative.

ACORN was a key leader in clandestine negotiations among housing activists to shape new legislation that would set into place the regulatory regime that governed Fannie and Freddie.

According to an affordable housing advocate familiar with what transpired at the meetings, ACORN and other housing groups were "informally deputized" (Black Box Casino, page 42) in 1992 to write key parts of new legislation by former House Banking Committee Chairman Henry Gonzalez, a Texas Democrat.
ACORN was co-founded in Arkansas…
1 comment
Read more 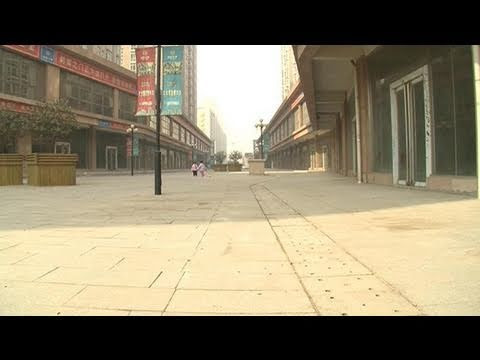 In this report from Australia's DatelineSBS, Adrian Brown reports that China is building 10 new cities a year and many of them, after completion, remain ghost cities with few or no inhabitants. The largest such ghost city is Zheng Zhou New District in Henan Province in north-central China. (The old Zeng Zhou is the capital and largest city of Henan.)

This centrally-commanded economic activity is being done just to keep more people gainfully employed, according to Brown. However, it would appear to be building toward an ultimate crash and on a scale far larger than the U.S. housing bubble that created such havoc. There are an estimated 64 million empty new apartments in these new cities.

The apartments are priced at $100,000 to $300,000, while Chinese median income is around $6,000. Thus, the vast majority of Chinese live in tiny one-room apartments -- or even shared apartments, often with shared communal sink and toilet.

Is Gold Headed Up or Down?

The policy of the United States government instead seems to be to spread the wealth earned by the richest Americans to the rest of the country without promoting private-sector growth. America's competitors, on the other hand, are pursuing pro-growth economic policies that put American professional, skilled and unskilled workers against Americans in nearly all sectors of the economy.